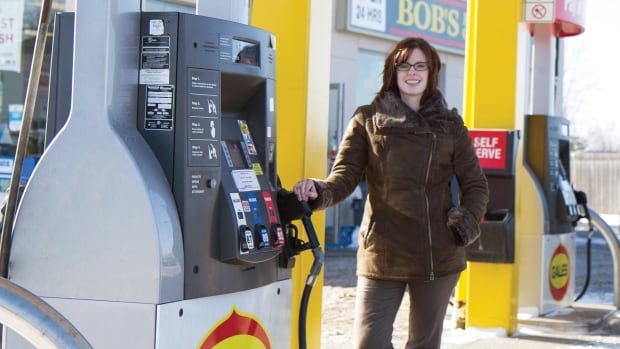 Jessica Friesen’s family has been pumping gas in Ontario’s Niagara Region for more than five decades. But as electric vehicles increasingly take over Canada’s roads, some experts warn that her industry’s days are numbered.

Friesen, however, is unfazed. Since her grandfather opened the first Gales Gas Bar location in 1967, the family business has grown and adapted over the decades, and it now comprises 14 gas stations, as well as convenience stores and fuel delivery trucks.

“I feel we’ve got a very good future ahead,” Friesen, the company’s third-generation owner and CEO, told CBC News.

“One of the reasons that we are still independently owned is because we have been able to diversify our business.”

Industry-watchers say diversification will be the key to survival in the decades to come, with the federal government mandating that all new cars and light-duty trucks sold in the country be zero-emission vehicles (ZEVs) by 2035.

Those vehicles include battery-electric (which require charging with electricity), hydrogen fuel cell (which run on hydrogen, currently available at only a limited number of gas stations in Canada) and plug-in hybrid electric (which can can run on electricity or gas).

Zero-emission vehicles are currently a small but growing slice of the Canadian vehicle market. Of 1.64 million new vehicles registered in 2021, just over 86,000 of them — or 5.2 per cent — were ZEVs, up from 3.5 per cent in 2020, according to federal government data published in late April.

That’s a leap from a decade earlier: In 2011, just 518 zero-emission vehicles were registered in Canada — 0.03 per cent of new registrations that year.

The rising market share comes as more and more ZEV options roll out in Canada, in tandem with an increased government focus on tackling climate change — including by cutting transportation emissions, which account for about a quarter of Canada’s CO2 emissions.

The federal government’s strategy won’t mean a complete ban on gas cars. In 2035, you’ll still be able to buy one that’s used, or you could buy a new plug-in hybrid and keep putting gas in the tank.

But that would still mean declining demand for petroleum — and a big dent in gas stations’ earnings if they don’t find a new model.

A new pain at the pumps

Research by international consultants paints a dim picture for gas stations’ future. Boston Consulting Group warns that up to 80 per cent of service stations may be unprofitable by 2035, while Sia Partners projects that 43 per cent of Europe’s gas stations will be out of business by 2050.

Both consulting firms say the industry’s survival will hinge on figuring out, and adapting to, what future customers will want — everything from better food options to fully automated checkouts and, predictably, electric vehicle charging stations, of which there are currently more than 5,000 in Canada.

Canada’s major fuel companies have already begun that shift, building their own cross-country charging networks — many of which will be located at existing gas station sites.

Those sites will have to rethink their business model as customers are forced to spend more time at the stations waiting for cars to charge. It can take 15 to 45 minutes, or longer, to charge an electric vehicle’s battery to 80 per cent — depending on how empty the battery is and the capacity of the charger.

As a result, gas station operators are considering whether a driver wants to spend that time in a convenience store, sitting down for a meal, shopping for groceries or just waiting it out in their car?

WATCH | What it’s like to drive an electric vehicle:

Your questions about electric vehicles answered

If you are thinking about getting off gas and buying an electric vehicle, or EV, you probably have a few questions. We went for a drive with an expert, and got some answers. 2:13

Parkland Corp., which owns the Pioneer, Chevron and Ultramar brands, is contemplating just that as it rolls out its own network of 25 EV chargers at highway locations between Vancouver Island and Calgary.

The Calgary-based company recently sponsored a competition to design future charging stations. The winner was a modular design whose size could be scaled up or down depending on the location. It features indoor and outdoor spaces, sustainable materials and solar panels — a far cry from the current look of most gas stations.

“[EV drivers] are going to want some space to stand up and stretch their legs and get some fresh air while they are on a longer journey,” said Darren Smart, Parkland’s senior vice-president of strategy and corporate development.

“We’ve conceived of a few different things that they might be interested in, but I think that’s also going to evolve over time.”

Petro-Canada, which already has 57 charging stations operating along the Trans-Canada Highway from Vancouver Island to Halifax, is piloting different amenities to see what attracts customers.

In Cookstown, Ont., about 80 kilometres north of Toronto, for instance, drivers can sit inside and watch TV, eat a burger on the outdoor patio or take their furry pal to the on-site dog park.

“The thought was: We’re building a new site, let’s throw all of [our concepts] out at once, so then we can evaluate which ones do we really think customers need,” said Patrick Ritchie, vice-president of sales and marketing at Suncor Energy, which owns Petro-Canada.

Even as EV charging networks roll out, there’s also the question of just how much use they will get in future, given that nearly 90 per cent of drivers “always” or “often” charge at home, according to one U.S. study that surveyed more than 9,000 owners of battery-powered and plug-in hybrid electric vehicles in October and November 2020.

Research from the International Council on Clean Transportation, an environmental think-tank, estimated that by 2035, Quebec will need about 79,000 public chargers — compared with 2.3 million chargers at homes and 44,000 at workplaces.

But many people living in apartments and condominiums won’t have easy access to a parking spot next to a charger — and that’s a market that fuel companies are hoping to tap.

In fact, Ritchie says, some urban gas stations could be completely replaced by EV charging stations if it makes good business sense.

“In Vancouver, we have some properties we’re looking at where … 10 years ago, we would have said, ‘This should be divested. It doesn’t make sense to utilize this property this way.’ But now we’re saying, ‘We should install EV chargers, because there’s a condo next door.'”

Finding room for a longer stay

In the meantime, smaller gas station owners have to weigh whether — or when — they should convert precious forecourt space to electric charging stations, says Rob Hoffman, director of government and stakeholder relations in Western Canada for the Canadian Fuels Association.

“The main concerns right now are will this be economic?” he said. “If we put in charging stations, usually people are going to need to be at a site for 30 or 60 minutes, or maybe more. Do we have room for those people?”

For Friesen, it’s not yet worth adding EV chargers since the demand isn’t there, but she says she’ll keep considering whether to allocate space as the market shifts in years to come.

“As I renovate a site, it’s definitely something that I’ve kind of got an area pigeonholed for.”

With that in mind, she says she’s optimistic the family business will be thriving if and when her teenage kids take it over in the future.

“I would love to say that, one day, Gales will be run by a fourth generation, but that’s up to them,” Friesen said. “But I am certainly setting up this company with the best of intentions to get them off on the right foot.”

High demand for the critical minerals used in electric vehicle batteries should be good news for northern Ontario. Steve LeVine, the editor of an American publication called The Electric, says there won’t be enough supply to make all the batteries new electric vehicles will need. 8:04