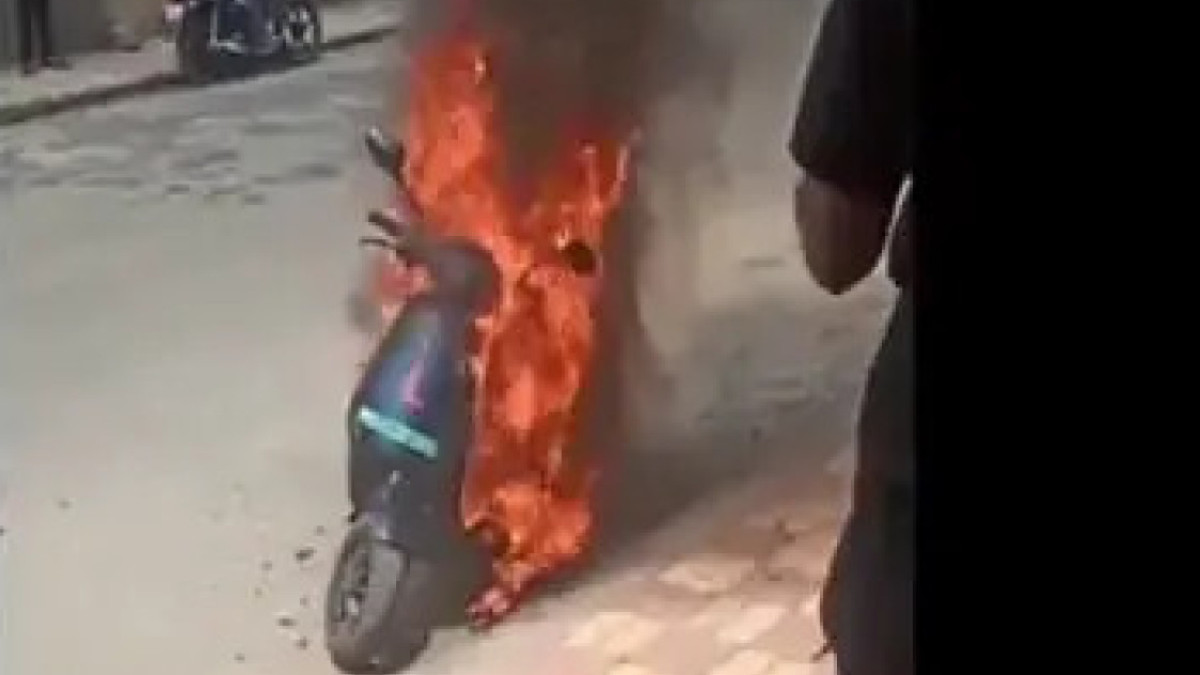 Over the past one month, the six fire incidents have raised several questions regarding passenger safety with electric vehicles. The incidents which took place in less than four weeks are likely to put a dent in India’s electric vehicle journey moving forward. NITI Aayog formulated a team of independent experts last week to investigate the EV fire incidents. Moreover, condoling such incidents, Union Minister Nitin Gadkari announced on Thursday that any EV company found to be negligent with customer safety will be penalized heavily. He also issued orders to recall the defective electric vehicles.

In order to reduce the dependence on carbon-rich petrol and diesel, more and more countries and companies are harnessing the power of electric vehicles. In India, companies like Ola, Okinawa, Hero Motocorp, Pure EV, and Honda Motorcycles among others are heavily investing to manufacture electric vehicles. In order to boost the EV ecosystem in India, Nirmala Sitharaman in Budget 2022 proposed a battery swapping policy to support EV manufacturers. Niti Aayog introduced the draft battery swapping policy on Thursday, to level the field across business modes for EV sales with fixed or swappable batteries.

What are EV batteries and how does it work?

A research scholar from IIT Madras told Outlook Business that electric vehicles run on lithium-ion batteries. He said, “A battery has three components—which includes an anode (negative electrode), cathode (positive electrode), and electrolytes. In lithium-ion batteries, the charging ions move from cathode to anode via the electrolyte, and the electrons move from anode to the cathode. In the process, Lithium becomes the Lithium ions(Li+) charge. Lithium-ion batteries are used in semi-conductors, laptops, smartphones, and electric vehicles amongst others.”

Why lithium-ion batteries are preferred over lead batteries?

These Are The Incidents Of Explosions In Four Weeks

On March 26, the first fire incident came to light after a video of an Ola EV ablaze went viral on social media. The same day, a father and daughter duo were killed in an Okinawa electric scooter explosion in Vellore, Tamil Nadu. On March 30, an e-scooter manufactured by Pure EV caught fire. In another incident, on April 11, a container truck carrying 20 EVs owned by Jitendra Electric Vehicles caught fire in Nashik.

On April 18, an Okinawa Autotech dealership was gutted to fire in Tamil Nadu, owing to a possible short circuit. Notably, the Gurugram-based company recalled 3,215 units of its ‘Praise Pro’ scooters. According to the company, the recall has been initiated to fix “any issue” related to batteries.

In the recent and sixth fire incident which took place on Tuesday, a Pure EV explosion claimed the life of an 80-year-old, while two others sustained serious injuries.

The cause of the Ola, Okinawa, and Pure EV fire incidents is still unknown, and the companies are still investigating the matter. However, Rajeev YSR, chief mentor, EV Masterclass said, “The primary reason for EV scooters catching fire is a thermal runaway, and this thermal runaway occurs due to multiple reasons– melting of the electrolyte, operational temperatures of the battery, poor quality of the battery cells and battery pack assemblies, and lack of active cells assemblies.”

“Electric vehicle batteries are generally a balance/trade-off between high energy density and stability. More the energy density less the stability of the batteries. With such soaring temperatures in India right now, it is possible that the battery pack temperature might rise above its optimal values,” he added.

Sudden acceleration or prolonged charging/fast charging of the vehicles can also have a negative impact on the battery. Rajeev said, “Prolonged and fast charging will result in higher currents passing through the wires and this might result in the melting of wires and thus short circuits. This is one main reason why vehicles catch fire during charging inside homes.”

Can EV Fire Incidents Be Avoided?

Such high-end EV products are currently used by Tesla, Audi, and BMW, along with a liquid cooling system to reduce the temperatures of the battery pack.

Rajeev said that most OEMs in India are struggling to optimize the cost and the efficiency. “The incorporation of such high-end BMS and thermal management systems increases the cost of the vehicle and increases the existing gap between the EVs and the ICE vehicles. Thus, only a few players adopted the active cooling system and the majority of the other players deployed the passive cooling system – which is basically directing the wind to blow over the battery pack through the design contours of the vehicle,” he said.

“These vehicles are also to be avoided to be parked in the hot sun for longer durations of time, unlike regular ICE vehicles,” he added.

Nitish Arora, Lead, Natural Resources Defense Council said, “The draft battery swapping policy does recognize the importance of building safety and provides for provisions across battery pack design, manufacture and operation. Given the recent fire incidents in vehicles fitted with batteries, these guidelines are a step in the right direction.”

“​However, going forward regulatory bodies need to put in place checks and balances for ensuring effective compliance and implementation,” he added.

Rajeev said, “The new policy is encouraging the localization of battery cells and their quality through PLI schemes specifically focused on batteries with advanced chemistry. Through battery swapping, at least all the batteries are charged in a controlled environment. And there is less need for the batteries to be charged at home thus completely avoiding the possible fire incidents at home.”

“With dedicated policy, bigger players will come into the picture and attempt to solve the problem holistically,” he added.