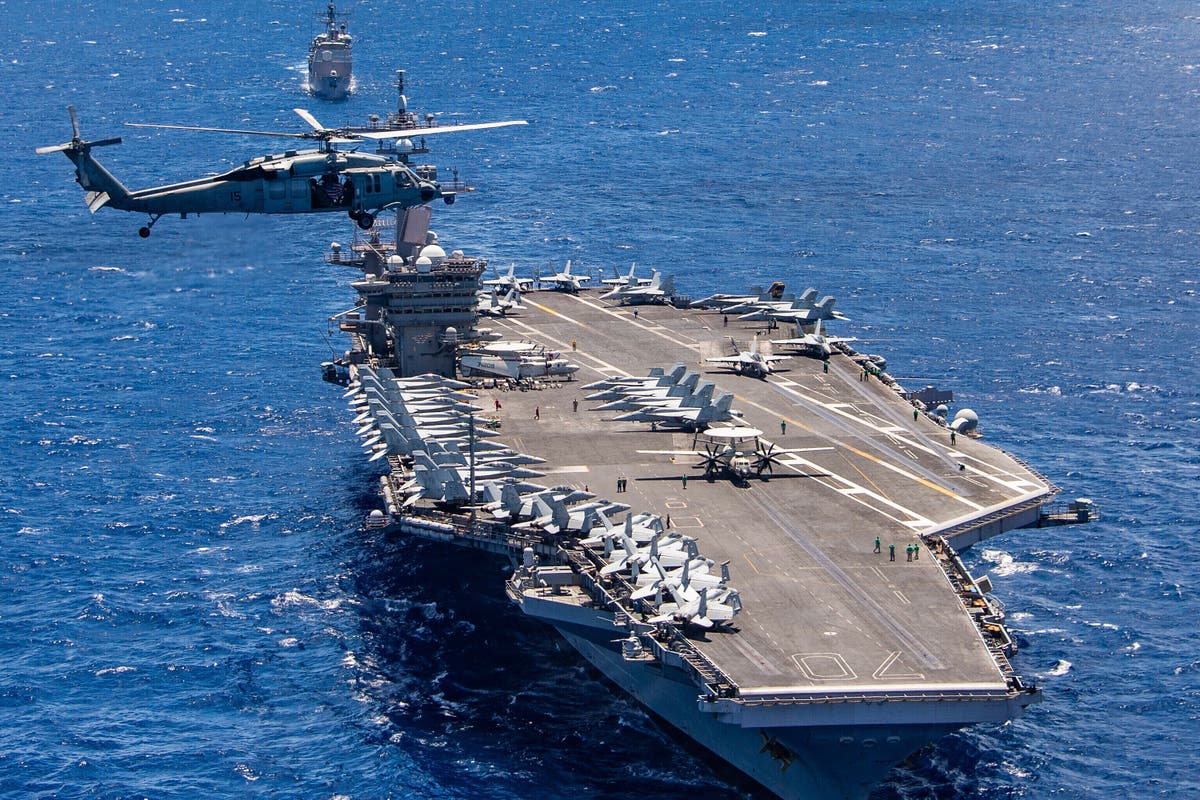 The US Navy has begun “making arrangements” to recover the wreckage of an F-35C Lightning II jet fighter that slammed into an aircraft carrier during a failed landing, fell off the edge of the flight deck and plunged into the sea.

The combat fighter crashed while trying to land on the USS Carl Vinson on Monday, leaving the $100m jet and its stealth technology up for grabs on the bottom of the ocean floor.

A spokesman for the 7th Fleet, which is based in Japan, confirmed to The Independent that they had begun planning for the aircraft’s salvage from the South China Sea, which largely claimed by China as sovereign national territory.

The rapid response follows the United States assistance to the United Kingdom in recovering a downed F-35B from the Mediterranean Sea amid reports the Russians would “love to get their hands” on an F-35.

“The US Navy is making recovery operations arrangements for the F-35C aircraft involved in the mishap aboard USS Carl Vinson in the South China Sea,” LT Nicholas Lingo said in a statement.

“We cannot speculate on what the PRC’s [People’s Republic of China] intentions are on this matter,” he added.

Like Russia, China would almost certainly want to get its hands on the sophisticated radar and stealth technology in Nato’s Joint Strike Fighter.

When the UK misplaced the $100m aircraft at the bottom of the sea in November, they called on the US to assist in its recovery efforts in a secret operation in December.

The image, of unknown origin, shows the F35B wreckage somewhat intact, although the cockpit is not visible. It can be seen on its back with weapon bay doors open and landing gear extended.

The UK Defence Ministry said in a statement there was “no compromise” to sensitive equipment on board the aircraft.

Recovery of the British F-35 a mile below the surface provides a hint at how the US may find its own errant F-35.

The US Navy has equipment designed specifically for underwater salvage. Its Towed Pinger Locator 25 can trace emergency signals to determine location, while remote-controlled underwater vehicles attach inflatable bags to float wreckages to the surface.

The deep ocean CURV 21 – Remotely Operated Vehicle can submerge to maximum depths of 20,000 feet, according to the US Navy.

Once retrieved, the flight recorder will give insight into what caused the F-35 to crash during an attempted landing.

The USS Carl Vinson was taking part in dual-carrier operations with the Abraham Lincoln Carrier Strike Group, which Rear Admiral JT Anderson said in a statement to “demonstrate our resolve as a Navy to ensure regional stability and counter malign influence.”

The pilot ejected before the fighter slammed into the flight deck and was recovered by helicopter, the 7th Fleet said in a statement to the Associated Press.

The pilot and six other sailors were injured, with four treated on board the ship and three evacuated to the Philippines for treatment. They were in a stable condition on Tuesday morning.