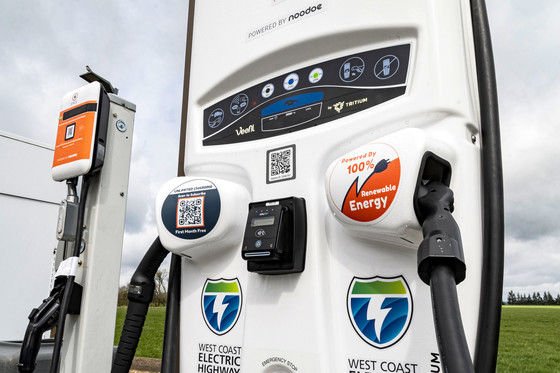 SALEM, Ore. (KTVZ) — The Oregon Department of Transportation says it’s all in on transportation electrification.

The agency is committing $100 million over the next five years to build out Oregon’s public electric vehicle charging network on several major road corridors, and to increase access for all to EV charging in communities throughout the state, ODOT said in a news release Friday that continues in full below:

The funding comes from a mix of federal and state sources, and was approved by the Oregon Transportation Commission at their March 30 meeting.

“We know that range anxiety is a big factor in people’s reluctance to make the switch to electric vehicles, especially in more rural parts of the state,” said Pietz. “This investment will build Oregonians’ confidence that an EV can fit into their life and get them where they need to go.”

Electrifying Oregon’s transportation system is a key outcome in ODOT’s Strategic Action Plan, and part of the state’s push to reduce greenhouse gas emissions from transportation and address the climate change crisis.

How and where the funding will be spent

About two-thirds of the funding — $52 million from the 2021 federal infrastructure bill plus a required 20% match — must be spent on EV charging infrastructure along “Alternative Fuel Corridors,” as per guidance from the Federal Highway Administration.

Alternative Fuel Corridors are roads approved by the FHWA on which states may use federal funding to build alternative fuel infrastructure. Electricity is an alternative fuel, and Oregon has seven corridors approved for federally-funded EV charging: Interstates 5, 84, 82, and U.S. 26, 101, 20 and 97.

ODOT will nominate more corridors for federal approval over the next five years.

The remaining third of the money — $36 million — will be used to close EV infrastructure gaps beyond those seven corridors. More charging sites in rural and urban areas, underserved communities, and at apartment complexes will allow more Oregonians to charge where they live, work, and play.

The new charging sites installed on Oregon’s seven EV corridors will be spaced roughly every 50 miles, and each site will have at least four fast-chargers. Sites will be “future-proof” and ready to accept more, faster chargers as more Oregonians opt into EVs.

ODOT does not install, own or operate public EV chargers. The agency relies on partnerships with private companies to build the state’s charging network.

Near- and long-term charging plans

The $100 million investment will be focused on charging infrastructure for light-duty EVs like cars, SUVs and trucks because demand is high and the technology is mature.

ODOT isn’t ignoring other types of electric vehicles, however. Medium- and heavy-duty vehicles (semi-trucks, delivery vans and buses) and micromobility (bicycles and scooters) are also going electric. The new charging sites will be able to serve some medium-duty vehicles, and ODOT will explore opportunities to add micromobility charging.

Funding for public EV charging is critical for Oregon’s electric future, but only one side of the equation.

“Money doesn’t surmount all barriers,” said Pietz. “Regulations and policies that benefit electrification play a role, too, and we rely on our partner agencies for help there. Couple that with our other work and investments in walking and rolling, bicycling, and congestion pricing, and we can move the needle on transportation emissions in a big way.”