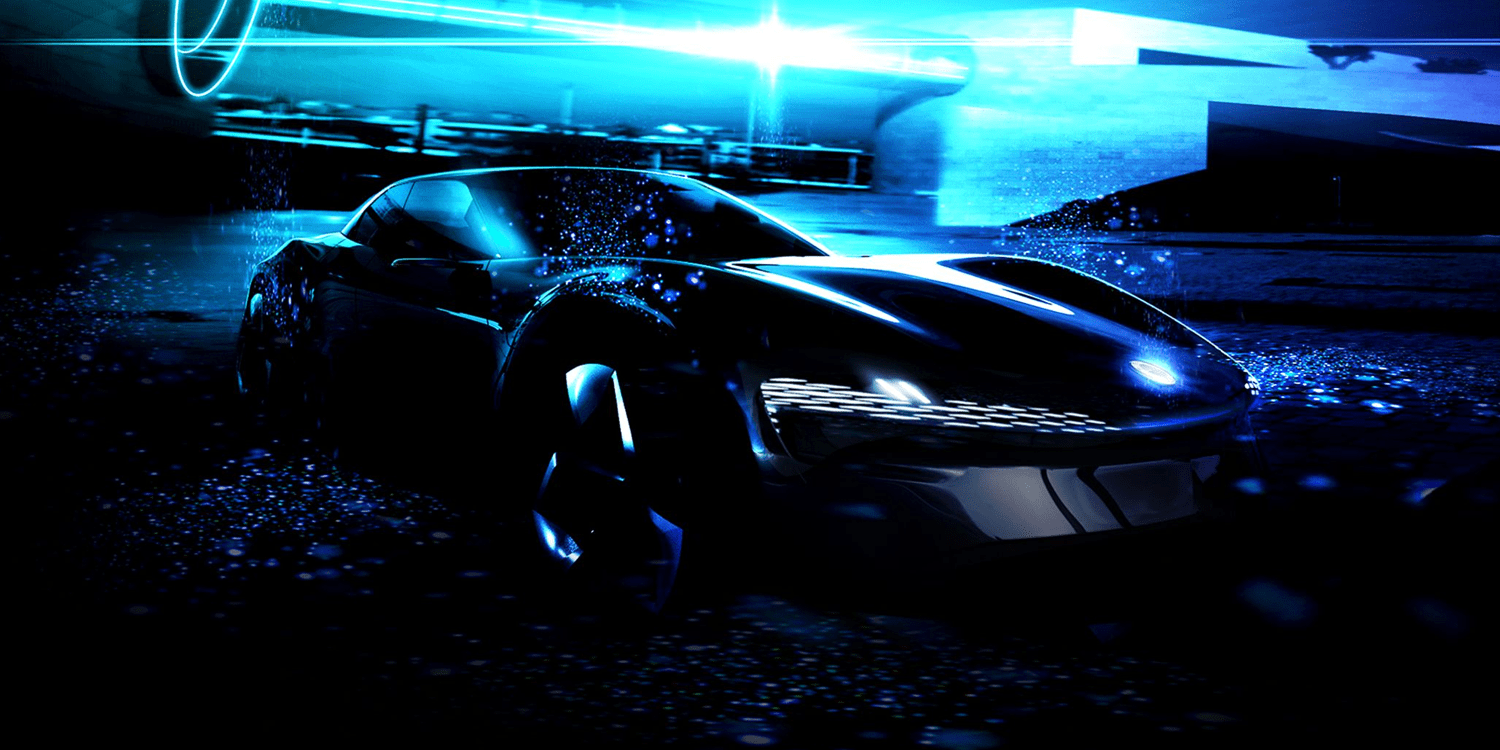 The electric car manufacturer Fisker has announced its third model after the Ocean and Pear under the project name Ronin. The all-electric GT sports car, for which Fisker has now published a first teaser image and initial information, is to be presented in August 2023 and go into production in the second half of 2024.

The aim is to achieve the “world’s longest-range for a production EV”, as company founder Henrik Fisker states in the announcement – “combined with an extremely high level of performance”. “Project Ronin will be a showcase for our in-house engineering, powertrain and software capabilities.” A futuristic grand touring sports car, it is said to be suitable for long journeys with four adults including luggage.

Fisker is still holding back on possible technical specs in the announcement. The five-paragraph-long announcement only states that the Ronin will have a “battery pack integrated into the vehicle structure” – similar to the structural packs that Tesla is installing in the Model Y from the Giga Texas with the new 4680 cells. There are no details yet on the battery cells or the size of the pack – nor on the apparently “extremely high performance” and record range.

Fisker does not specify which method will be used to determine the range. The Lucid Air has the highest EPA range to date with 520 miles or 837 kilometres. Some Chinese electric cars (such as those from GAC Aion) are already quoted as having a range of over 1,000 kilometres – albeit in the outdated NEDC.

For a long range, not only the size of the battery is important, but also the efficiency of the drive and the aerodynamics. For the latter, Fisker only announces that the Ronin will receive “active aerodynamic technologies” – i.e. aerodynamics that vary depending on the driving condition, for example in spoilers or air intakes.

Not much is visible yet in the published teaser image. The vehicle seems to have a rather long front bonnet and strongly flared wheel arches. In the rendering, the Ronin is somewhat reminiscent of the Fisker Karma – a range-extender sedan also designed by Henrik Fisker. There appear to be four doors, which the announcement says will be “unique doors for better entry and exit”. How the doors open is not revealed in the rendering. Inside, the Ronin is supposed to have a “luxurious, sustainable vegan interior”.

It remains to be seen whether the later production model will also bear the name Ronin. In Japanese history, a Ronin is a masterless samurai. However, Fisker says it was inspired by the 1998 film of the same name with its famous car chases.

The first production model, the Fisker Ocean, is to be built in series at Magna in Graz from mid-November. For the second electric car, the Pear compact car, Fisker is working with contract manufacturer Foxconn. Reservations are already being taken, and the first vehicles are to be delivered in 2024.

In October, Henrik Fisker indicated that it would bring two more electric vehicle models by 2025. In July 2020, in addition to the Ocean electric SUV, the company had promised a sports crossover derived from this model, an electric sedan based on the EMotion concept and a lifestyle pickup. With the Pear compact car, these plans had already lapsed. The Ronin could now be the electric sedan (or a more elegant GT).

With reporting by Sebastian Schaal, Germany.