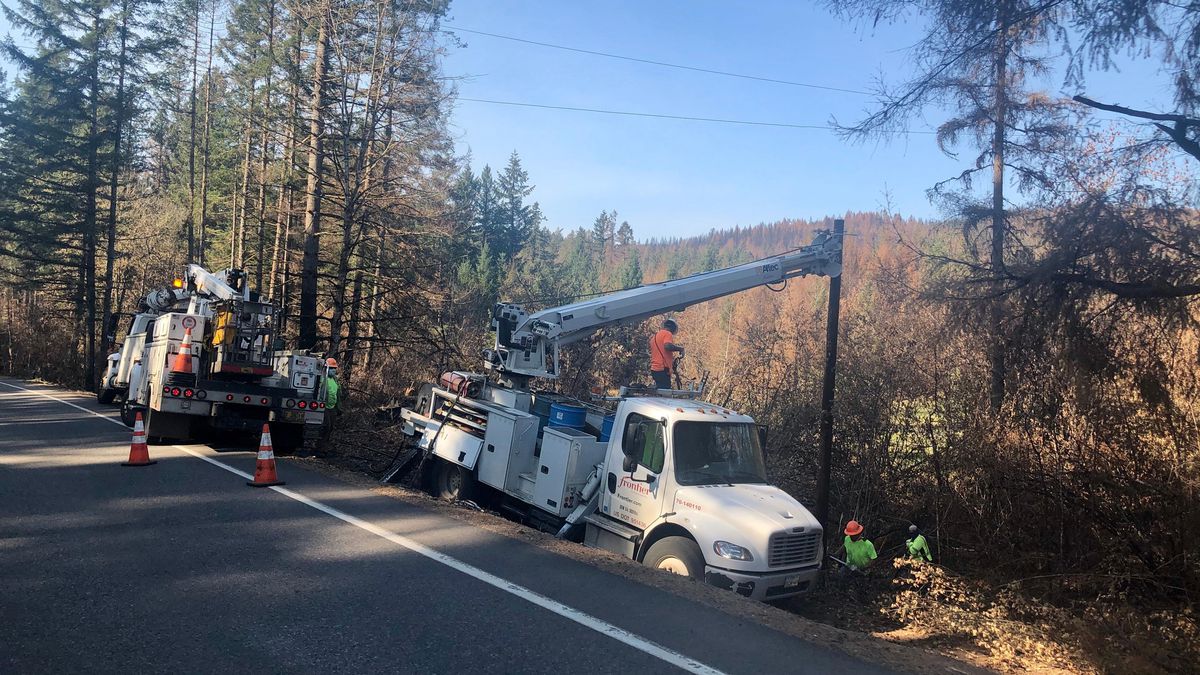 Private electric utilities in the Pacific Northwest are planning tens of millions of dollars in upgrades to reduce the risk that their power lines could spark wildfires during extreme weather. Utilities such as Pacific Power, Avista, Idaho Power, Portland General Electric and Puget Sound Energy are either required to or are voluntarily submitting wildfire mitigation plans. The 2022 editions are now public.

These reports show major spending increases to harden infrastructure, remove trees near power lines and install systems to instantaneously de-energize circuits if a fault is detected during a windstorm. Pacific Power, for example, said it forecasts $473 million in wildfire protection spending over the next five years. PGE, with a much smaller service territory, budgeted $32 million in wildfire program operations and capital costs just for this year.

Utilities will eventually seek to recover those costs through customers’ monthly bills. Proposed electric rate increases pending before the Washington Utilities and Transportation Commission already include some wildfire mitigation costs.

“We define a risk tree as anything dead, dying or diseased that can strike a power line,” David James, wildfire resiliency manager for Spokane-based Avista Utilities, told an oversight hearing of the Washington Utilities and Transportation Commission on Wednesday. “Year-to-date, we’ve removed over 4,000 trees – 4,416 trees. That is just incredible.”

At the same virtual meeting, executives of Pacific Power and Puget Sound Energy described investments pretty much all major Western utilities are making to both prevent the grid from sparking wildfires and prevent passing fires from taking down electric service. The infrastructure hardening measures include installing covered conductors, relocating power lines and replacing some wooden transmission poles with steel. In rare instances, overhead power lines are being replaced with underground wires, but that is expensive.

In Oregon, the Legislature last year required electric utilities to submit a wildfire mitigation plan annually. In the past week, the Oregon Public Utility Commission approved the 2022 wildfire plans produced by the private utilities it regulates, Pacific Power, PGE and Idaho Power. The latter’s approval came with a caveat that Idaho Power must submit additional info to separate costs between its Idaho and Eastern Oregon customer bases.

“We recognize the enormous progress Oregon utilities have made and largely approved the plans, but also acknowledge that they need to continue to improve and adapt to meet the needs of communities and keep pace with the changing risks,” PUC Chair Megan Decker said in a prepared statement.

The wildfire plans also describe what combination of drought, heat and predicted high winds would lead Northwest electric companies to preemptively cut off the power as a last resort to prevent fire ignitions. That “last resort” has become increasingly common in California in the wake of several deadly wildfires blamed on high winds and downed power lines.

The strategy was triggered for the first time in Oregon during the Labor Day 2020 firestorm. PGE preemptively cut the juice to about 5,000 customers on the slopes of Mount Hood on Sept. 7, 2020.

PGE’s 2022 pre-fire season planning identified more high-risk neighborhoods where it would consider cutting off power in advance of another potential firestorm. Those areas include parts of Portland’s West Hills, foothills homes around Estacada and Scotts Mills, and the mouth of the Columbia River Gorge.

Now, the protocols for what are called “public safety power shutoffs” are coming to Washington, though mostly not in time for this fire season.

“There is a place for de-energization in a proactive sense when we are faced with a catastrophic event,” Avista’s James said. “We’re working on this. We think this is part of our future.”

Pacific Power has a plan in place for the foothills west of Yakima. Relatively few customers, slightly more than 700, are potentially affected in the state Highway 410 corridor around the community of Nile, Pacific Power vice president Allen Berreth told the Washington utility commission on Wednesday. He said his utility has never activated a public safety power shutoff in Washington before.

WUTC Commissioner Ann Rendahl repeatedly questioned the utility executives who came before the panel about how they would notify and assist service providers such as fire departments who could be disrupted at a critical time, or medically vulnerable customers in such an event. Power blackouts are particularly hard on people who rely on electric-powered medical devices to stay in their own homes, she said.

Berreth answered that his utility, like others, has a plan to set up temporary shelters in safer places where customers can go to charge their phones, cool off or plug in their medical equipment.